What Is Mobile Payment? And What Is It Called in Chinese?

What Are the Mobile Payment Apps?

Mobile Payment, refers to the electronic payment method for a product or service which enables you to pay through portable electronic devices such as a mobile phone, a tablet, or even a watch, conclusively given a Chinese name "移动支付 (yí dòng zhī fù)" or widely spoken of "手机支付 (shǒu jī zhī fù)" in China.

There are several popular mobile payment apps or solutions all over the world. Most of them support common mobile payments as an e-wallet did and lets you easily pay in-stores and online websites, partial with limitations on the types of mobile devices, quantities of acceptable stores, international payment issues, or fees required for money transferring. Keep reading Mobile Payment stories as follows.

? WHAT ABOUT MOBILE PAYMENT IN CHINA?

In China, WeChat Pay and Alipay are the two leading mobile payment solutions, with the support of wide installations and usages on almost all mobile phone devices. For Chinese people either in China or abroad or any tourists traveling to China, China's popular mobile payment apps become the simplest way to complete Internet payments online or in-store payments offline, to send money to a friend, to a self bank account, or straight into other receiver's account, etc. For more of China's mobile payment stories, feel free to check out them below.

As above mentioned, the mobile payment is written formally as "移动支付 (yí dòng zhī fù)" or as "手机支付 (shǒu jī zhī fù)" in common since mobile phones are still the most popular electronic devices using for mobile payments. The Chinese word for "mobile" has two meanings: one is translated as "移动 (yí dòng)" with a literal meaning of move, e.g. the brand of China’s operator "China Mobile" translated into “中国移动 (zhōng guó yí dòng)” which implies that it serves mobile-device users anywhere anytime, while another works as a representative of a mobile phone device "手机 (shǒu jī)", e.g. "手机支付 (shǒu jī zhī fù)" indicating to pay via mobile phones.

On the other hand, both of Chinese character "支 (zhī)" and "付 (fù)" here refers to paying in the Chinese word for mobile payments. The first character "支 (zhī)" originates from the meaning of branch to support or hold something in Chinese. And the second character "付 (fù)" contains the meaning of delivering or giving something to the other. Furthermore, both characters can also work as Chinese measure words, such as "a pen (一支钢笔, yì zhī gāng bǐ)", "a pair of Chinese couplets (一付对联, yí fù duì lián)", etc.

Practical Guide: How to Register a Youku Account For Inter Fans Looking for Youku English or International
| 应用指南：国际粉丝怎样在手机上注册优酷账号？

A full Guide tells you How to Register a Youku Account Step by Step, for Inter Fans Who Are...

Learn how to Say Mobile Pay in Chinese with premade Chinese Word Cards at ChinaClife planet. Easy to learn...

International Tourists: How to Activate and Set Up WeChat Pay By Adding International Credit Cards?
| 国际游客使用微信支付教程（国际信用卡版）

Learn How to Activate and Set Up WeChat Pay By Adding International Credit Cards with Latest Bilingual Stories Online....

What Is Alipay and Alipay International?
| 什么是支付宝及支付宝国际版？

How to Top up Alipay Account for Foreign Tourists With VISA & MasterCard and More Credit & Debit Cards in 2020?
| 外国游客怎样为支付宝充值？

Learn How to Top up Alipay Account for Foreign Tourists with VISA / MasterCard with Latest Stories Online. Boost...

How to Register iQIYI International Account on Mobile Phones?
| 在手机上注册爱奇艺国际版 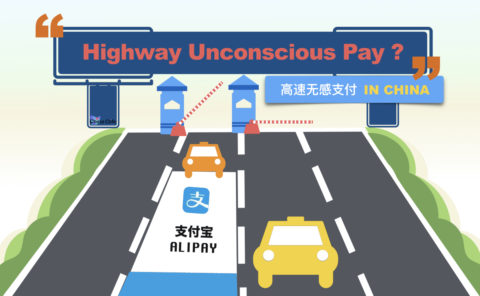 A New Efficient Payment Method is launched on highway tolls in China Which is called "Highway Unconscious Pay /...

Sometime Tencent will release time-limited WeChat Pay Rewards activities. If you are using WeChat Pay to buy something in...

Didi Chu Xing, the Chinese ride-hailing giant, and also the second-most valued, privately owned firm in the world after...

"Mobile payment is more and more popularly used in China, and cashless transactions are becoming a reality and normal."